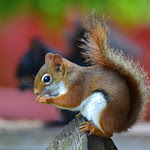 This may very well end up being my last Blogger based post as I'm slowly adopting (self-hosted) WordPress as a publishing platform. I have a set of websites running on a commodity cPanel-based shared host, with a view to moving to a dedicated VM in due course. While setting things up and playing about with WordPress, I kept tripping over an obstacle that just kept getting in the way of doing what I wanted to do.

MySQL was that obstacle.

Dear WordPress, please have an option to use a file-based database (such as SQLite) instead.

Why would you want to do such a thing?

First of all, simmer down, MySQL is a perfectly good database. It does the job it was designed to do very well. My problem is that MySQL exists on a server separated from the rest of WordPress.

Think about what makes up a single installation of WordPress. You've got a bunch of PHP files, the themes, the plugins, the images and media I've uploaded. All of these are in a single folder on the web server. I could ZIP the folder up, UNZIP it later, push the folder into GIT version control, all in the certainty I'm got everything. Except...

Some of my website is not in that folder. It's on the database. I can't just ZIP the website up because an essential component is off in another realm. That folder does not contain everything and I now need to keep database backups alongside the folder backups. Grrr...

I was considering adding a plug-in to one of my live websites. Because people were using it, I didn't want any down-time. Accordingly, I made a copy of the website folder and also made a copy of the database. The new copy then had to be reconfigured to point to the new database and only then could I play about with whatever plug-in or theme I wanted to add. Whatever clones and copies I make, the database is always at arms length and I need to be very careful that the PHP is always linked with the right database and that I've not got any cross-overs.

If the data on the database were on a file in that folder, there would be nothing external to keep track of. Copy the whole folder and job done! Taking backups would mean zipping up the folder and everything is there without worrying about keeping the two parts in sync. 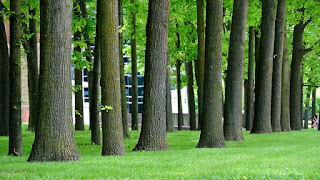 Wouldn't that make the site inefficient?

Maybe, but I plan to use very aggressive caching. There's a plug-in where the site contents end up as static files and the code accessing the database only has to run when I log into the admin panel or the cache engine decides its time to update itself.

I can imagine this might not work so well for a site where changes happen very frequently. Maybe, but I suspect those are in a minority. For them, MySQL would probably still be an option, but it feels like for such a website, WordPress itself probably isn't the right tool for the job.

Incidentally, I don't plan to support commenting because I do find moderation a bit of grind. Because I'm just one person and I have other stuff going on in my life, there would be a very long delay between someone posting a comment and my approving it. The better quality discussion tends to happen on sites like Hacker News where there is an active moderation team that I can't even hope to match. 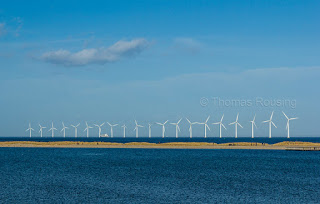 Why not use a WP site manager tool?

Since WordPress are probably not on the verge of releasing an update with SQLite option, I will probably end up doing exactly that.

I already have tools for managing folders and zip files. Cloning a website could be a simple folder-copy operation were it not for the separate database. Tools that know about the database are very nice but it all feels like the wrong answer to the question. We're all in a world where things are in the state they are in and we have to stoically make it work. Site managers fix the symptoms but they don't address the underlying issue.